SKO Partner elected as President of European Chapter of IAFL 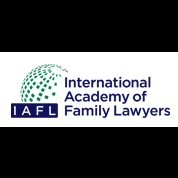 Rachael Kelsey has been elected as President of the IAFL European Chapter. She is the first Scot to be elected to a leadership role in the invitation-only, organisation, which is now in its 35th year. The IAFL has 890 Fellows around the world with the European Chapter membership representing 290 of those fellows, and coming from 30 different jurisdictions in Europe.

The IAFL is a worldwide association of practising lawyers who are recognised by their peers as the most experienced and skilled family law specialists in their respective countries.