In this, our sixth post on the Children (Scotland) Bill, Susan Oswald looks at two sections of the Bill- those that relate to child welfare reporters and curators ad litem.

In Scotland we don’t have CAFCASS- the Children and Family Court Advisory and Support Service (or an equivalent). When an application under Section 11 of the Children (Scotland) Act 1995 Act is made seeking orders relating to parental responsibilities and there are questions about the welfare of the child, whether there should be orders made on an interim basis (ie before a final determination is made) or whether a child wants to express a view, or what those views are the court can appoint a child welfare reporter (sometimes called a bar reporter) to investigate and/or make recommendations. The court can also appoint a curator ad litem, who is someone whose job it is to represent a child’s interests in a litigation, so they also get involved in other cases relating to children too, like adoption cases.

The fees paid to child welfare reporters and curators in Section 11 cases are either funded by legal aid, where parties qualify, or are paid for privately by the parties.

For several years now there has been pressure to regulate the appointment of reporters, introduce formal training requirements and, above all, reduce the costs of the reports being sought.

During the Bill’s stage 1 debate on 27 May 2020, Ash Denham, Minister for Community Safety, stated that child welfare reporters would have two new functions namely:

“We will expect them (reporters) to be trained in issues such as coercive control, spotting unhealthy family dynamics and so on, so that those professionals are able to support the children to give their views without any pressure.”

She also made clear that one of the aims of the Bill is to encourage more non-lawyers, in particular people such as child psychologists and social workers, to become child welfare reporters.

Sections 8 and 13 of the Children (Scotland) Bill [the link is to the Bill as amended at Stage 2] provide for the statutory regulation of child welfare reporters and local authority reporters, as well as curators ad litem.  Sections 8 and 13 amend the 1995 Act to require Scottish Ministers to establish registers of child welfare reporters and curators ad litem and give Scottish Ministers the power to set regulation and eligibility criteria for membership of both registers. Scottish Ministers would also be responsible for criteria for removal from the registers and for the procedure for handling complaints as well as setting the fee rate.  There is also provision for the operation and management of the registers to be contracted out, should Scottish Ministers consider this to be appropriate.

During stage 2 proceedings this week in the Justice Committee, Liam McArthur MSP moved an amendment seeking to allow only qualified and registered social workers to be child welfare reporters [amendment 65, which can be found here]. He argued that only social workers were trained, qualified and statutorily regulated in matters of child welfare and risk.  This was opposed on the basis that to limit the role to social workers would risk excluding people with the right experience, skills and expertise. Ash Denham said,

“Such people might be social workers, but they could equally be child psychologists or lawyers.”

The amendment was withdrawn, for the time being at least and not voted upon.

As a solicitor who is regularly appointed as a child welfare reporter and as a curator I appreciate how important reports are. I understand the responsibility involved and the huge amount of care and time that they require. I know from experience that there are family situations which require the input of professionals such as child psychologists, counsellors, and medical practitioners: professionals with skillsets quite different from those of a solicitor.

I welcome the introduction of formal training for reporters and curators.  I consider that, given the complex family situations that exist, training is long overdue.

However, any genuine attempt to meet the primary policy objective of the Bill will require significant resources to be deployed, and without a commitment to provide the necessary resources this Bill could be a missed opportunity to make a genuine difference for the better, and end up being seen simply as paying lip service to pressure groups whilst trying to cut costs.  I hope not. 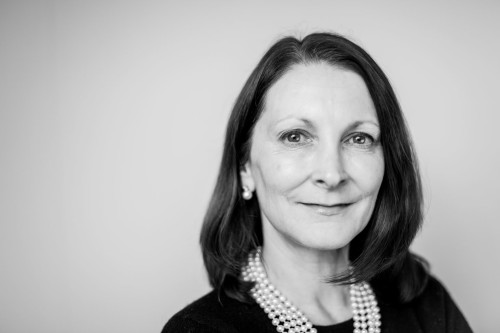