The seventh post in our series on the Children (Scotland) Bill looks at sections 12 and 21, which deal with the extension of general principles that underpin the making of any orders relating to parental responsibilities and rights.

If you have been following our series on the Children (Scotland) Bill you will know that it’s now at Stage 3 (no, not of lockdown), which means that the next stage is that the Parliament as a whole will review the Bill. You can see the Bill as amended at Stage 2 here.

The 2nd Stage involved the Justice Committee examining the bill on 23 June 2020. You can find their official report here. You can see that although three amendments were proposed to section 12 of the Bill none of them were ultimately moved. Section 21 was subject to two minor technical amendments and a third, more substantive amendment was withdrawn after debate. So, in anticipation of the Stage 3 debate in the Scottish Parliament, this is what you need to know about sections 12 and 21 of the Bill…

When the Children (Scotland) Act 1995 was brought into force, as well as providing that the court must take account of any views that affected children wanted to express, it placed two general responsibilities on the court when considering making orders relating to parental responsibilities and rights. Those are usually called the paramountcy and non-intervention (or minimum intervention) principles (respectively, they are that the welfare of the child is the paramount consideration for the court, and that the court must not make an order unless it considers that it would be better for the child concerned that the order be made than that none should be made at all)- section 11(7)(a). The law was amended in 2006 to introduce further general principles which provide that the court ‘shall have regard in particular’ to issues of domestic abuse (you can see what the court needs to take into account at the moment here- sections 11(7A), (7B) and (7C)).

What the Bill now proposes is the creation of two further general principles that the court must also take into account, when being asked to make an order under section 11 of the Children (Scotland) Act 1995 and those can be found in sections 12 and 21 of the Bill.

Rather than trying to insert these provisions in a piecemeal fashion in the existing text of the Act, the Bill creates a new section 11ZA, which groups these general principles together under the heading of ‘Paramountcy of child’s welfare, and the non-intervention presumption’. Trying to follow the deletions and insertions is not easy, and the easiest way to see how it is proposed to retain the existing law and supplement it with the new provisions is to look at the Keeling version of section 11 of the Children (Scotland) Act 1995, which shows what section 11 would look like if all the proposals make it into the Statute- you can find it here.

So, what are the new principles?

In relation to section 11 orders relating to parental responsibilities and rights, section 21 of the Bill (as amended at Stage 2) provides that:

‘When considering a child’s welfare, the court is to have regard to any risk of prejudice to the child’s welfare that delay in proceedings would pose.’

It might be suggested that this would be better framed as ‘undue delay’, as in some child law matters delay is not necessarily a negative thing- sometimes it is helpful for time to pass in order to allow matters to calm and embed, and for there to be a staged approach to increasing contact, before a final decision is made.

Section 12 amplifies the non-intervention principle and provides that:

‘When considering the child’s welfare and whether it would be better for the child to make an order than not, the court must have regard to the following matters in particular— ….

the effect that the order the court is deciding whether or not to make might have on— (i) the involvement of the child’s parents in bringing the child up, and (ii) the child’s important relationships with other people.’

This seeks to take account of the changed nature of our society, where it is now much more common than it was 25 years ago for children to be brought up in non-nuclear families and when there is greater geographical mobility. The proposed new provisions expressly require the court to have regard to the extent to which a child may lose contact with a parent who is heavily involved in their care if the other parent is allowed to relocate with them far away, for example.

The proposed changes also recognise the increasing appreciation of the importance of children’s relationships with siblings, grandparents, and others. The term “important relationships” is noteworthy and underlines that the court is not limited to considering those with a biological relationship with the child.  The nature and make up of families today has altered, and a child may have significant relationships with people who are not directly related to them.

A hypothetical example illustrates how these issues might play out under the proposed new provisions. Alex has a child, Sidney, with his ex-spouse Jackie. Jackie and Alex have always lived in Edinburgh. After separation, although Sidney lived with Jackie, Alex has remained a very involved parent.  Alex lost his parents when young and was brought up by a family friend, Lindsay. Lindsay has always been very involved in Sidney’s life. She is present at birthdays, school events and holidays. Sidney and Lindsay have a very close relationship.

Jackie now wishes to relocate to London in order to be with a new partner she met online. Alex wishes to oppose Jackie’s application for a court order allowing her to relocate with Sidney. The proposed provisions would require the court to have regard to the impact that the proposed relocation could have on the involvement of Alex in Sidney’s upbringing and on the relationship that Sidney has with Lindsay.

It might be said that these provisions really should not need spelling out, and that these are things that the court will be taking into account already- that it is self-evident that the court should be considering if delay is likely to prejudice a child’s welfare and/or what the impact will be on the child of orders that might change with whom he or she has a relationship. Is it helpful that some of the factors that are material when deciding what arrangements are best for children, but not all? That thought will be the subject of another post to come… 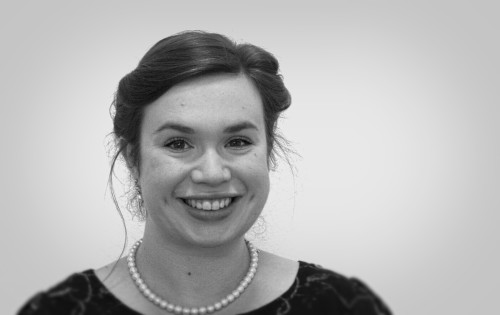